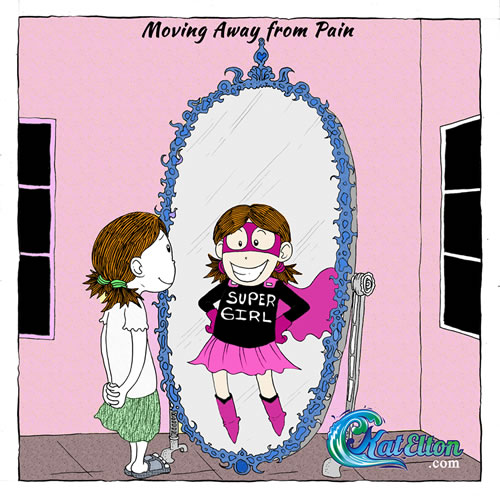 “Plan your work and work your plan.” ~ Vince Lombardi

“Gentlemen, this is a football.” This is what Vince Lombardi said to a team of professional football players on the first day of training camp for the Green Bay Packers in 1961. The year before they had suffered crushing losses, and were at an all-time low. Lombardi went on to lead the Packers into winning five NFL championships, two Super Bowls, and an overall record of 98-30-4. Not bad.

He did this by emphasizing, what he called, the basics, or the fundamentals. He firmly believed that mastering basics was the recipe for success. His team learned the playbook inside and out; they practiced and practiced until they were tackling, passing, and running in their sleep. Only then did their strategy begin to work.

This is exactly what we need when learning to live well with chronic pain and chronic disease. The basics are much different, but the effect will be the same. I don’t know about you, but when I can feel good, despite pain and disability, I feel like I’ve won the Super Bowl.

When you live with chronic pain and/or chronic disease the first step in learning the fundamentals is to shift away from fear. There is so much fear surrounding disease: Fears about becoming incapacitated, helpless, broke, and alone- these are all valid. Then there are the fears that come from the outside world, from the medical community, the pharmaceutical industry, the internet, family, and friends. Everyone has an opinion, and many of these are filled with fear. What will happen if you don’t take this medicine, or if you do, are you overdoing it or not doing enough, how will you pay for all your medical treatments and still have a life, is your food poisoning you with pesticides and causing you to be sick; everywhere you turn fear resides.

Fear is a basic emotion, and one that prevents good decision-making. When you feel fear, you aren’t creative or open to new ideas. Instead you retreat and act reflexively.

Health requires creativity, and it requires shifting away from old habits that aren’t helpful, into new ones that are. It requires you to move away from fear.

So, to start this process I’m going to ask you to get a pen and paper and do a simple exercise.

First, write down your fears. Don’t overthink it, just brainstorm. For each one, ask yourself, “Is this fear valid?” If not, replace this fear with a more realistic thought. Then try to move into the present moment, and keep your more positive thought in mind.  If your fear is real, ask yourself, “What is the worst thing that could happen if this fear comes true?” Often, thinking about worst-case scenario, and then backing up helps to lessen fear.

When I was young, my worst fear was having surgery on my joints. To me, this would mean that my juvenile arthritis wasn’t mild; instead it was severe. I held onto this fear, until one day it came true. The day I learned I needed to have a wrist fusion on my right wrist because the rheumatoid arthritis has eaten away most of the joint, I was devastated. My worst fear had come true. I had the surgery, and 20 years later, with two fused wrists, I can still use my hands; they don’t work well but my life isn’t over. Having my fear come true made me face a painful reality. It increased my self-honesty, and self-acceptance. So my arthritis is more severe than I want it to be, but life goes on.

Facing fears will always make you stronger, and lead you to the truth. Mastering this fundamental would make Vince Lombardi proud.